growing together, love, marriage, reflections on a long marriage, Steve 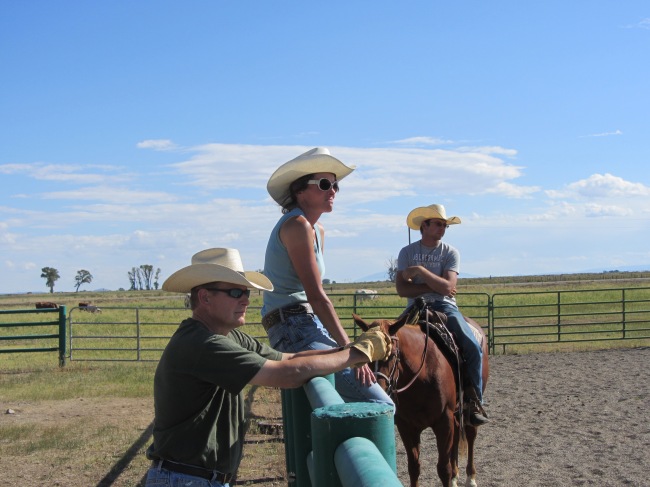 May 15 has been a special day for me for 31 years now, because it is the date on which I met my husband, Steve. I don’t know how love works and why certain people just know when they meet each other that there is something big going on, but that is what happened to us, and we have felt that way (most of the time) ever since then. I can’t explain it. We fought like wild animals from almost the moment we met, as we brought our individual messes together to create a much bigger mess. We were both previously married, cynical, insecure, afraid, selfish, self-involved and determined to stay safe. Ha. It took ten years for me to start settling down a bit and to begin trusting him that he was going to hang around.

It is such a different life we have now, and I am thankful, although I guess you miss those initial fireworks until the day you die. We have had three children, two heartbreaking miscarriages, five dogs, four cats, eleven horses, no twelve horses, more laughs than I could number, and we hardly ever fight at all anymore. We were lucky to have a group of friends with very strong marriages to surround us and keep us honest. We have been through some very difficult things together and are continuing in difficulty. But our difficulties seem to come from outside now, instead of from within the relationship. I think that is what happens when you stick it out. There just isn’t a lot of space left between you, where you end and he takes up. Too much binds you for much to drive you apart.

There is nothing I feel I have “accomplished” that is more important than having a good marriage. It isn’t in style these days. But I can say after 31 years, that it is worth more than anything to me. It has provided a haven for our children and their children. I know that it is basically boring to listen to someone else talk about their happy relationship. I probably sound like I’m bragging but I know that without God and a lot of people who cared about us, we wouldn’t have had a chance. I won’t dwell on this and get too obnoxious, but I just want to go down saying that May 15 is a very special day for me and it always will be. Hope yours is happy too!